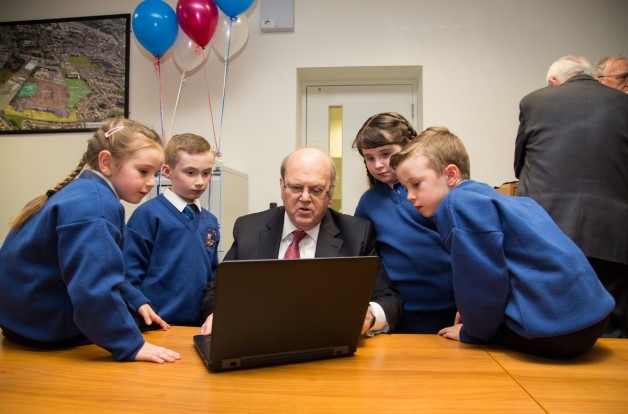 LIMERICK’S Le Chéile national school, which is due to open its doors later this year, has officially launched its website and new school uniform.

The 12-classroom school, which will be located at a state-of-the-art campus adjacent to Roxboro Roundabout in the city, is being built as part of the amalgamation of Galvone National School and Southill Junior School.

Construction of the school is nearing completion and according to its principal, Mary Blennerhassett, it will be “all systems go” for around 180 pupils when the school opens in early September.

“The next few months will be very exciting. They will also be quite challenging because, in effect, you have two whole schools, which have to function until the end of the school year,” she explained.

The Diocese of Limerick is leading the project which is also supported by a number of State agencies as well as Limerick Regeneration.

A sum of €1 million has been pledged towards the development of the school and campus by the JP McManus charitable foundation. Bishop of Limerick, Dr Brendan Leahy, will be patron of the school, which is costing around €5m to build.

Speaking at the launch of www.lecheilens.ie Minister for Finance, Michael Noonan, said the vibrancy and sense of excitement ahead of the amalgamation of the two schools was a “symbol of the progress and renewed enthusiasm being felt across Limerick”.

“It is very much indicative of what is happening in this area of Limerick and across the city generally. There is a real sense of a new beginning in Limerick, of optimism and it is captured in the excitement and enthusiasm of the young students, their parents and staff involved in this innovative education project,” he said.